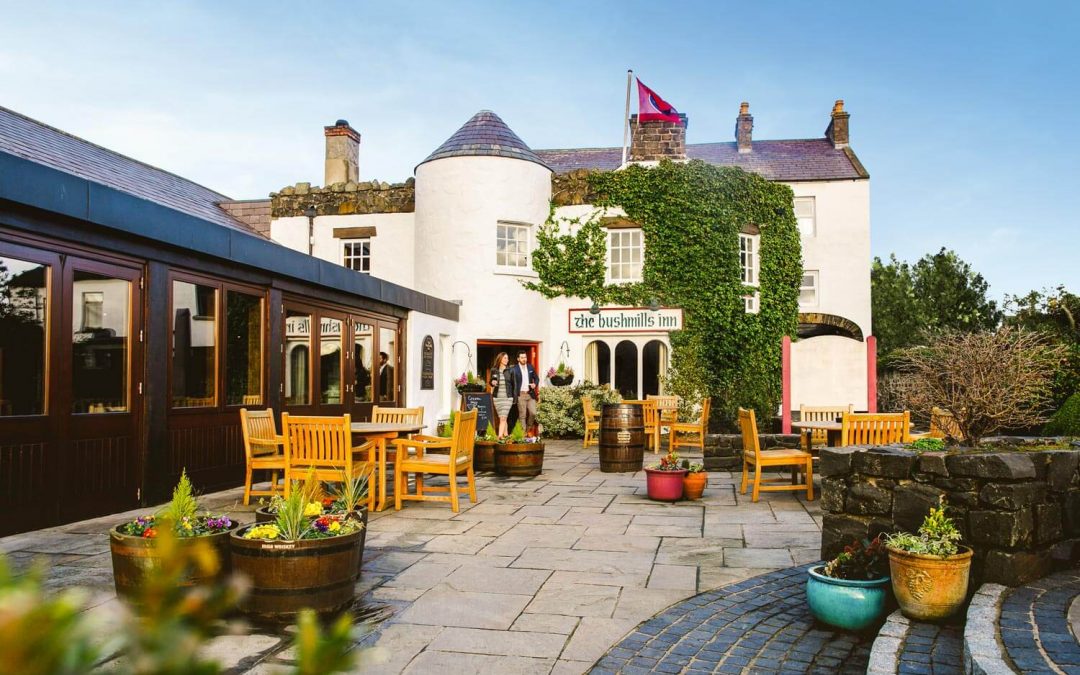 The beautiful Bushmills Inn has been in existence since 1608 and 410 years later it’s still going strong! Located on a stunning Causeway Coast this picturesque property is the perfect retreat for those who crave the unconventional, yet still expect exceptional service. The welcome is warm and the fire always lit as Tom saw first hand when he visited Bushmills back in October of this year. 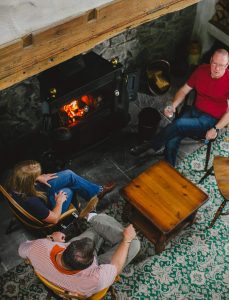 Originally built as a Coaching Inn in the early 1600s, The Inn quickly became a haven for saddle sore visitors on their way to the Giant’s Causeway – it was here they would stop to sample the whiskey that made this charming village internationally famous. The main part of our Restaurant used to be the coach house and stables of the original Coaching Inn and forms the oldest part of the Hotel, probably dating back close in time to 1608 when ‘Old Bushmills’ was granted the world’s first ever licence to distil whiskey.

The main Hotel, however, was built in the 1820s as part of a major redevelopment of the town by the local landowner Sir Frances Workman Macnaghten whose descendants still live in the local area. In the early 1890s, and with the arrival of a tram link to the Causeway, the Hotel fell into rapid decline. Over the next century the Inn was variously used as a boarding house, a private dwelling, a ‘factory’ for making bikes and, on the top floor, a ‘residence’ for chickens!

It was only in 1987 that extensive development works were undertaken by the previous owners and, for its imaginative restoration, the Hotel was honoured with the British Airways Tourism Award for Projects. Ten years later 22 additional bedrooms were incorporated in the adjoining ‘Mill House’ on the banks of the River Bush, bringing the Hotel to its current status of 41 guest rooms, and a new entrance was created alongside the river from the Dunluce Road. This extension also saw the introduction of the exclusive 30 seat Still Room Cinema and MacNaghten Suite lounge and conference facility. The cinema is amazing (I’ve seen it first hand!!) and is suitable for many events including Product launches & Corporate Presentations; An ‘afternoon with the boys’ watching rugby or golf (for those staying locally without tickets to The Open!); An ‘evening with the girls’ sipping cocktails and watching a classic movie or Christmas movie and cocktail events. 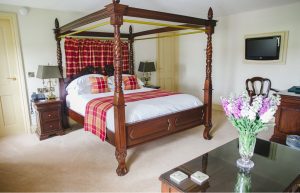 The Rooms at the Bushmills Inn are amazing and there are many to choose from as well as follows, all rooms include a Nespresso coffee machine. Flat screen television, direct dial telephone, room safe and complimentary Wifi. 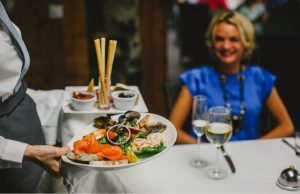 The Bushmills Inn takes pride in using local produce (which is becoming more popular and important) for their fabulous restaurant dishes. These include Armagh Chicken, Antrim Coast Fish, The Beltie Burger, Ulster Beef, Ballypatrick venison sausages, Rathlin Island lobster and crab. Each evening they have a special page dedicated to the ‘Innkeepers Choice’ which is usually designed around what is freshly caught that day or a speciality local product that Bushmills Inn are trialing for inclusion on their main menu. I only wish I had time during my showaround to sample some local culinary delights!! 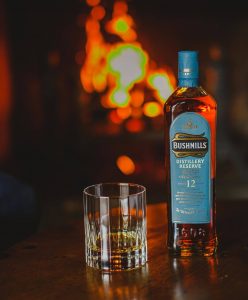 Of course you also have the Bushmills Distillery just down the road from the Bushmills Inn, hopefully you will have time for a Distillery Tour there, for the Whiskey buffs or just those wanting to find out more about “Uisce Beatha” it’s an ideal way to spend an afternoon. You’ll find plenty of their fine product on offer here, ideal for relaxing with by the fire after a day sightseeing or taking on some of the fantastic golf courses on the Causeway Coast!

Since its opening, the Bushmills Inn has come to epitomise the true spirit of Irish hospitality and is regularly featured by travel writers and television presenters from all over the world, as well as continuing to win many esteemed awards for both the Restaurant and Hotel. The Bushmills Inn is a firm favourite with Golf & Sightseeing Groups heading for the Causeway Coast area and it a superb base for your next Golf or Sightseeing Trip up North! Check out our North Coast Itinerary which includes a stay at The Bushmills Inn, or create your own by emailing us via info@experienceirelandgolfandtravel.com!!