At Experience Ireland Golf & Travel we design bespoke itineraries, with overnights in some of the most outstanding hotels in Ireland, to cater for all requirements of our discerning guests.

Whether you prefer sightseeing, golf or a medley of both, we can tailor the perfect trip for you. We also provide 24 hour support & concierge service while you relax and enjoy your holiday in Ireland.

We only book the very best hotels, golf courses and chauffeur companies, we have spent years building and nurturing our relationships with 5 star luxury hotels like The Merrion Hotel, Ashford Castle, Dromoland Castle, Hayfield Manor and the Killarney Park Hotel, along with the very best golf courses such as, Old Head of Kinsale, Ballybunion Golf Club, Portmarnock and Royal County Down.

With years of experience working in the best Hotels in Ireland, providing the finest chauffeur vehicles and offering the top golf clubs & attractions throughout the Island of Ireland the Experience Ireland Golf & Travel Team have a wealth of knowledge and we just love to boast about what our country has to offer.

Alice has been working in the tourism industry from a young age, Born in the UK & moving to the touristic Killarney at 2 years of age with her family.

As Alice’s parents were running the magnificent Beaufort Golf Course at the base of the McGuillguddy Reeks, she had no choice but to instantly fall in love with the tourism industry.

From working in Beaufort Golf Course as a waitress/cook/receptionist for many a summer season, to studying Travel & Tourism, and then onto taking a couple of years out to explore the magnificent countries of Australia, Asia, the USA, Brazil and Africa, Alice cemented her love for tourism whilst travelling and as Alice was a high end explorer herself she understands about the discerning traveller’s needs.

Once the travelling was out of Alice’s system she went on to work for one of Irelands most successful Luxury Chauffeur Companies, J O’Callaghan & Sons, for 7 years and then onto one of Irelands Finest Hotels, The Merrion, where she worked for a number of years and was lucky to have had a mixture of working as Guest Relations, dealing with guest experiences, meeting & greeting many high profiled guests and celebrities and catering for all their requirements and then she moved up to the Sales department which Alice was responsible for the corporate and US Market, which involved many exciting sales trips to the US, Dubai, Canada and the UK.

With Alice’s attention to detail and wide knowledge of Golf, Sightseeing, Transport and Hotels this is the perfect mix to plan your dream trip to Ireland.

Tom Kennedy joins our team having worked in the Irish Golf Industry since 1996. Tom has a wealth of experience of all things golf having worked at Adare Manor Hotel & Golf Resort, Old Head Golf Links, Doonbeg, My Golf Group, Mount Juliet and The Heritage in Ireland. He has also worked at Bighorn GC in California and spent over 15 months as National Director of Golf Ghana, working with Paul McGinley and The R&A. Over the past few years Tom has successfully run his own Golf Consultancy company working with clients such as The Heritage, Dooks Golf Links, Hedge Funds Care, Carne Golf Links and Great National Ballykisteen Golf Hotel. Tom is also Tournament Founder for The Social Media Open, Social Media Links Challenge and the Social Media Society Challenge which play host to several hundred golfers a year across the country’s best courses.

Tom is also a keen golfer and living in Killarney he is very lucky to have the likes of Tralee Golf Club, Killarney Golf & Fishing Club, Ballybunion, Waterville, Hogs Head, and Dooks Golf Links all at his fingertips, which Tom takes great advantage of!

We at Experience Ireland Golf and Travel are very lucky to have partnered with Tom and Tom is looking forward to discussing your next golf itinerary with you.

Born in the UK, Helen moved to Killarney in 2013 with her Irish husband who wanted to ‘come home’ before it was too late! Traveling to Ireland for 10 years regularly before making the big move, there are not many places in Ireland that she hasn’t travelled too so she has an incredible knowledge of the best locations to visit, things to do and where to stay at during a trip to the Emerald Isle so she knows first hand how to create the best visitor experience.

Helen joined us in 2019 originally for 6 months to cover Alice’s maternity leave, but we couldn’t let her go. With a strong background as an Executive Assistant for the Managing Director of a FTSE100 listed company her planning and organisation skills are paramount to running all that goes on behind the scenes in the office once you confirm your tour. Regularly booking international travel and events for the Executive Team and entire Company in her previous role, she is also extremely experienced and pulling together itineraries however difficult.

The relationship she builds with Clients in the run up to their trip is incredibly important to her as she wants them to have the very best experience they can and will ensure that no stone is unturned to make that happen. 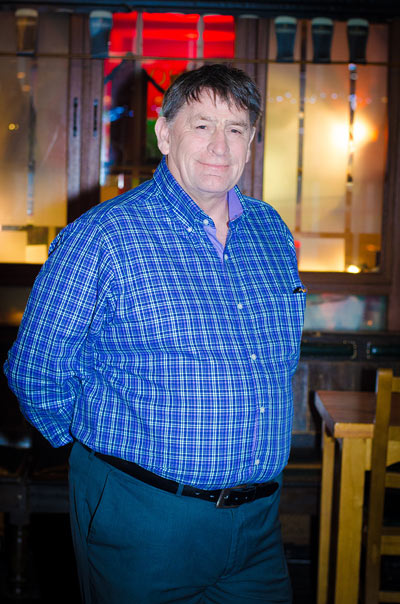 Kevin O’Sullivan
Kevin O’ Sullivan has been driving coaches since he was 24 years of age. The first time Kevin ever drove the Ring of Kerry was back in 1978 and he has completed the Ring of Kerry a few times since then! Before Kevin was a coach driver he was a Milk Man and still drinks a pint of milk every day!

Interesting fact about Kevin, he was the second driver in Ireland to drive a one man double decker bus in March 1986! Kevin’s claim to fame was he appeared in a video with the chieftains and the Lurey Band from Canada.

Kevin is a fountain of knowledge when it comes to Ireland and has nearly 40 years’ experience, there is no part of Ireland that Kevin has not stepped foot on! 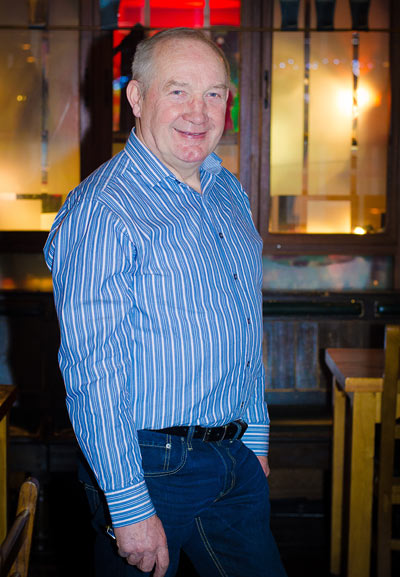 Mike Moynihan
Mike has been driving coaches since 1997 and before that Mike worked in a factory. Mike is interested in all sports especially the GAA which includes Gaelic football & hurling. When we asked Mike what was the strangest place he had been asked to take clients he said it was a Castle in the middle of a farm in Galway.

Mike considers himself somewhat of a comedian so you are guaranteed a barrel of laughs if Mike is your driver! 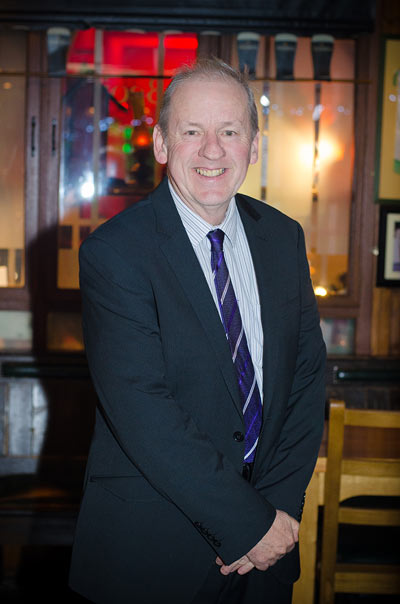 Pat Breen
Pat has been driving coaches for 8 years and before that Pat was a primary school teacher. Pats favorite places to visit are Connemara & Antrim. Interesting fact about Pat, he was All-Ireland Pitch & Putt Junior Champion in 1976 and still plays today!
Pats most interesting client was a Capuchin monk and his father.

Pat has extensive historical knowledge of Ireland and can tell you Irish Folklore’s & Legends of Ireland!

Maurice Kelly
Maurice has been driving for 45 years. Before Maurice joined us he was a sales rep for Jacobs’s biscuits. Maurice’s favourite place to visit is the view from Killary Sheep Farm in Leenane, Co Galway. Maurice enjoys golf, reading & walking when he is not driving!
He once visited Ireland’s most haunted Castle with 4 witches from the USA and also drove J. Blum, the ex CEO of KFC & Subway.

So if you would like to hear more stories of witches & Sheep farms why not request Maurice on your next trip to Ireland! 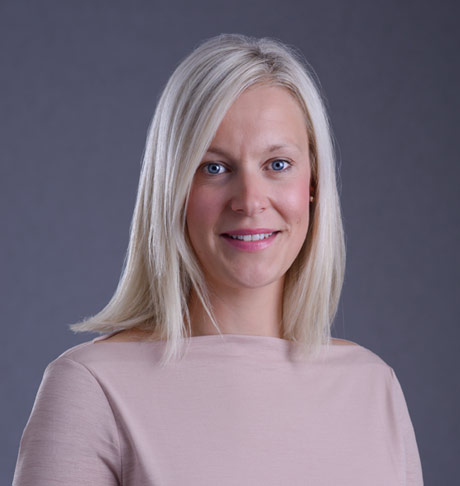 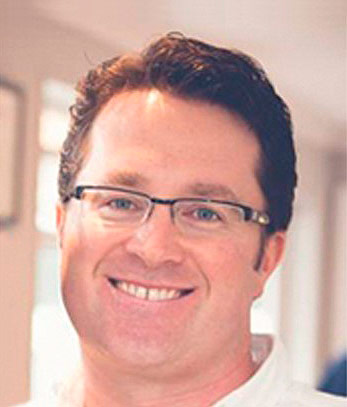 “Alice arranged a memorable trip for our family in July 2015. We went on a personalized hiking tour of the highest mountains in Ireland which included Carrauntoohil, Mangeton Mountain and the stunning Mount Brandon. We also did an artisan food tour, we went to Gaelic Football game (which was a great experience for my Soccer loving son). Our driver was so funny & clicked with our family perfectly which made the holiday even more special. I just really got the feeling that Alice clicked with our specifications from the get go & I will not book with anyone else for Ireland, she really is the expert”