Ireland’s Ancient East is packed with culture, stories, attractions and festivals. Experience this mystical land with your driver/guide who will tell you folklores of giants, leprechauns and everything in-between!

Arrive in Cork Airport & clearing customs meet with your Experience Ireland Golf and Travel Driver/Guide, who will be your personal chauffeur and guide for the duration of your trip.

At Cobh Heritage Centre learn about the Irish Emigration story, trace your ancestors, hear about the ill-fated Titanic and the Lusitania, and immerse yourself in Irish naval and military history at Cobh Heritage Centre. This beautiful, informative and sometimes emotive cultural Centre is situated within Cobh’s beautifully restored Victorian railway station, a building with its own historic story. Cobh: The Queenstown Story.

Stop off at the Jameson Distillery in Midleton for a quick refreshment. John Jameson established the Jameson way of making whiskey in 1780 and they have been proudly sticking to it ever since. It might not be the easiest way, but insisting on the finest ingredients, triple distillation, and aging the whiskey in seasoned oak barrels has been the secret behind Jameson’s signature smoothness.

Waterford Crystal – Nothing compares with the atmosphere of the blowing room, the heady mix of heat, noise and bustling activity makes this experience all the more breath-taking as you edge closer to the 1400 Degrees Celsius furnace. In front of your eyes, you will see red-hot molten crystal take shape, in a miracle of light, heat and skill. Our craftsmen are meticulous and you can watch as they transform glowing balls of molten crystal into elegant shapes with skills that have made two hundred years of perfection clearly visible in every piece. 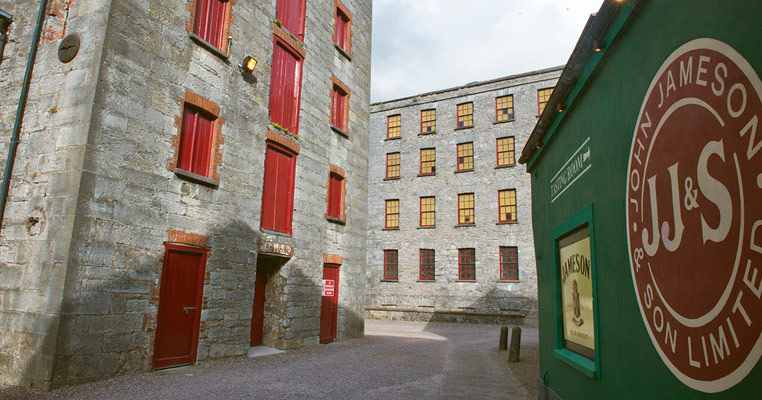 Meet with your Experience Ireland Golf and Travel Driver/Guide in the lobby of your hotel.

This morning we shall visit the Dunbrody Famine Ship, Rothe House and Jerpoint Abbey on our way to Kilkenny.

The Dunbrody Famine Ship tour takes you to the quayside of New Ross, where the Departure Exhibit will set the scene of famine emigration. Waiting for you is The Dunbrody, a 3 masted barque that will be your home for the month-long trip to New York. On board, the tour guides will explain the harshness of conditions on the voyage. Costumed performers play the roles of famine emigrants, and bring the experience to life. At the end of the tour our Arrivals Hall will show you the fate awaiting those who survived the trip. It would take generations of hard work, and loyal service, before the Irish community were to become an accepted and respected part of North American society.

Rothe House & Gardens was built between 1594 and 1610, and was the home of the renowned merchant, landowner and Mayor of Kilkenny City, John Rothe Fitz Piers, his wife Rose Archer, and their eleven children.

Jerpoint Abbey is an outstanding Cistercian abbey founded in the second half of the 12th century. The church with its Romanesque details dates from this period. In the transept chapels, the visitor can see 13th to 16th century tomb sculpture. The tower and cloister date from the 15th century. The chief delight of the Abbey is the sculptured cloister arcade with unique carvings.

Kilkenny City
Kilkenny is Irelands medieval city where its medieval heritage is evident in the city’s treasure trove of historical buildings and landmarks. Landmarks such as Kilkenny’s majestic Castle, St.Canices Cathedral, its numerous 17th-century passageways, rows of old-fashioned shopfronts and centuries-old pubs with traditional live music. 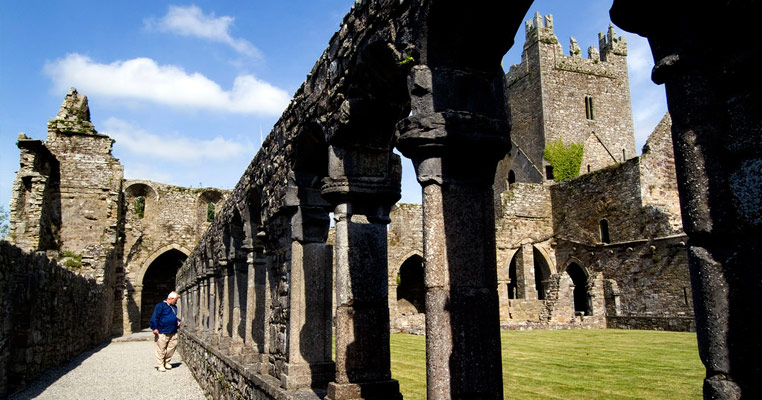 This morning we shall visit Kilkenny Castle, and the Smithwicks Experience.

Kilkenny Castle stands dramatically on a strategic height that commands a crossing on the River Nore and dominates the ‘High Town’ of Kilkenny City. Over the eight centuries of its existence, many additions and alterations have been made to the fabric of the building, making Kilkenny Castle today a complex structure of various architectural styles. The original Anglo-Norman stone castle was built for William Marshal, 4th Earl of Pembroke (c.1146-1219) during the first decade of the thirteenth century. Kilkenny Castle later became the principal Irish residence of the powerful Butler family for almost 600 years.

Smithwicks Experience, that pint of Smithwicks didn’t come easy. This is a beer forged in adversity, after all. It arrived in your glass by way of a darkened medieval abbey, a reprehensible royal, heinous laws, two world wars, two fat turkeys!! It has to be seen to be believed! 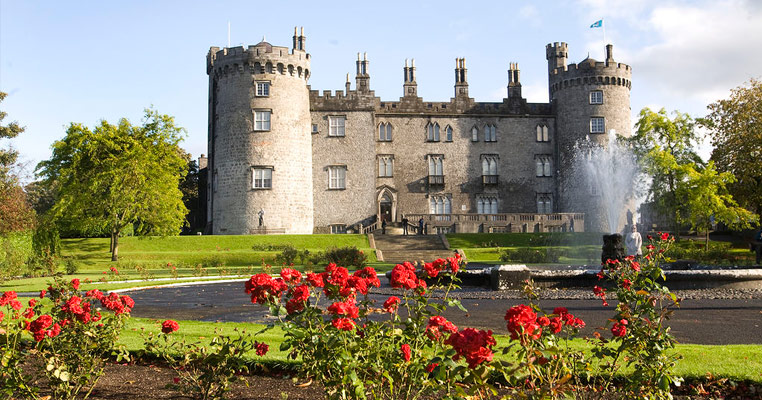 Meet with your Experience Ireland Golf and Travel Driver/Guide in the lobby of your hotel and depart for Dublin.

Depart Kilkenny and take the scenic route to Dublin via, Wicklow – Glendalough & Powerscourt.

The landscape on the Wicklow Mountains will change from lush green rich pasture with gentle valleys, to the dramatic and the breathtaking ancient glacial valleys of the Wicklow Gap.

The journey through the mountains will bring you through spectacular locations where famous movies such as Braveheart and PS I Love You were filmed.

Glendalough’s Monastic City, an ancient window into the golden era of Irish history – the Early Christian period. The Monastic city is heralded as a national monument of immense importance and it is here that Irish monks ‘saved civilization’ while the rest of Europe went through the Dark Ages. The monastic site dates back to 600 AD.

Powerscourt Gardens were recently voted No.3 in the World’s Top Ten Gardens by National Geographic. The Gardens stretch over 47 acres and offer visitors a sublime blend of formal gardens, sweeping terraces, statues and ornamental lakes, secret hollows and rambling walks

Dublin City
Dublin is the best of everything, with the cosmopolitan variety of a big city and the beating heart of a village. In a city, as old as the Vikings, there are still plenty of surprises for locals and visitors alike. Dublin has been in the news since the 9th century, and while traces of its Viking past have been largely washed away, the city is a living museum of its history since then, with medieval castles and cathedrals on display alongside the architectural splendors of its 18th-century heyday, when Dublin was the most handsome Georgian city of the British Empire and a fine reflection of the aspirations of its most privileged burghers. 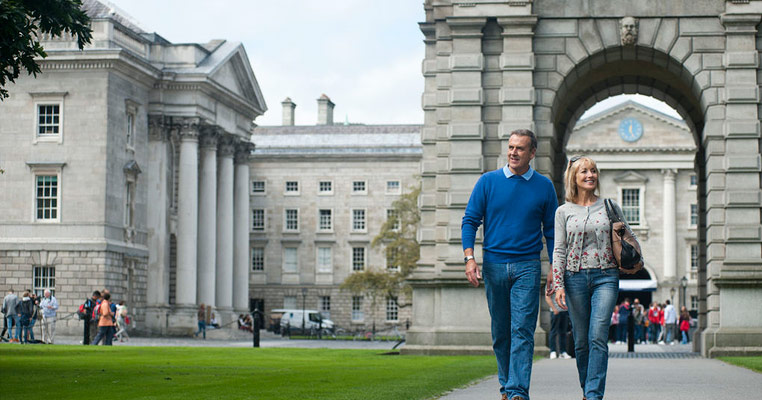 Meet with your Experience Ireland Golf and Travel Driver/Guide in the lobby of your hotel.
Enjoy a Dublin City Tour taking in the highlights of the GPO, Christchurch Cathedral, the Guinness Storehouse & many more.

GPO
The General Post Office (GPO; Irish: Ard-Oifig an Phoist) in Dublin is the headquarters of the Irish Post Office, An Post, and Dublin’s principal post office. Sited in the center of O’Connell Street, the city’s main thoroughfare, it is one of Ireland’s most famous buildings, and was the last of the great Georgian public buildings erected in the capital.

Christchurch Cathedral
Christ Church Cathedral (founded c.1028) is the spiritual heart of the city, and one of the top visitor attractions in Dublin. Step inside and you can enjoy the cathedral’s beautiful interior and fascinating medieval crypt.

Guinness Storehouse
Located in the heart of the St. James’s Gate Brewery, the Guinness Storehouse is Ireland’s most popular tourist attraction. It’s the home of the Black Stuff, the heart of Dublin and an unforgettable end to your Irish adventure. The journey begins at the bottom of the world’s largest pint glass and continues up through seven floors filled with interactive experiences that fuse the long brewing heritage with Ireland’s rich history. At the top, you’ll be rewarded with a pint of perfection in the world-famous rooftop Gravity Bar. 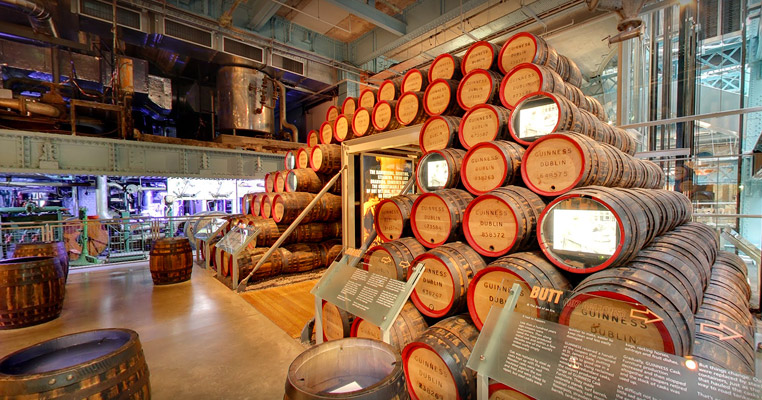 This morning will be your final day with your driver/guide, make your way to Dublin Airport and board your plane with unforgettable memories, and new friends!

A chauffeur driven vehicle is the best way to see Ireland.

All of our drivers have over 40 years of experience and can bring you to places off the beaten track and embrace the real authentic Ireland.

We can cater from groups of 1 – 2 people right up to 51 people, below are a sample of some of our vehicles. 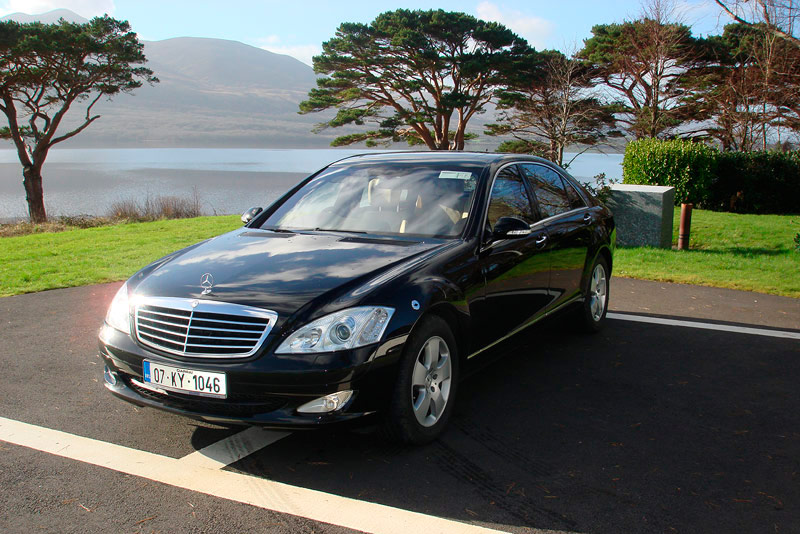 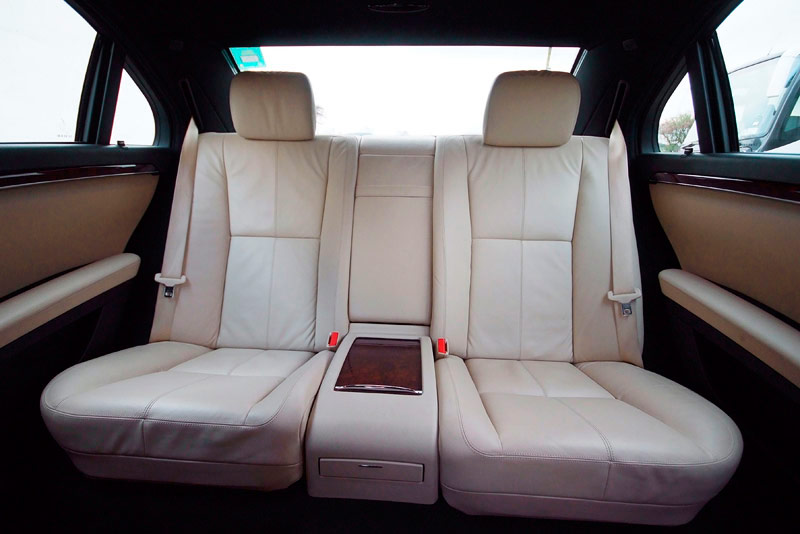 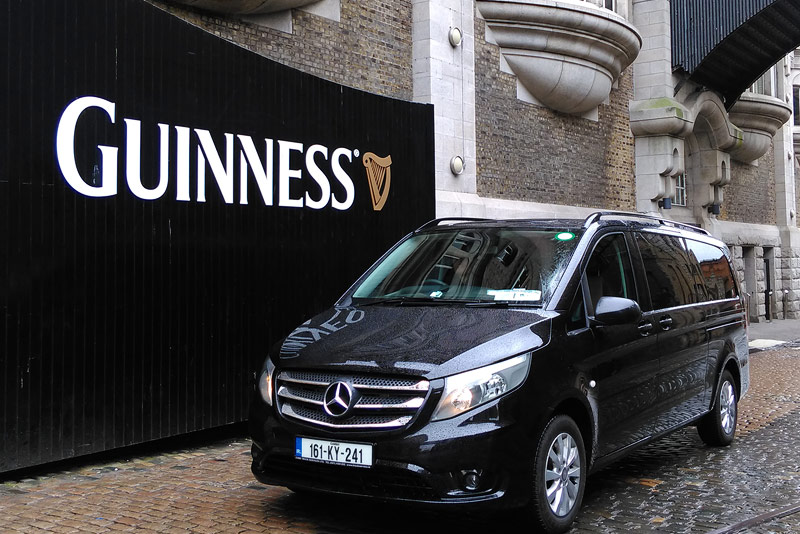 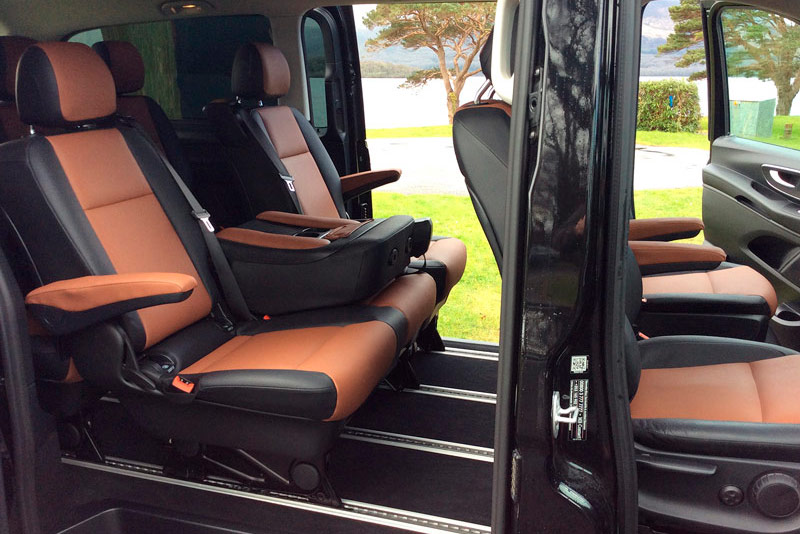 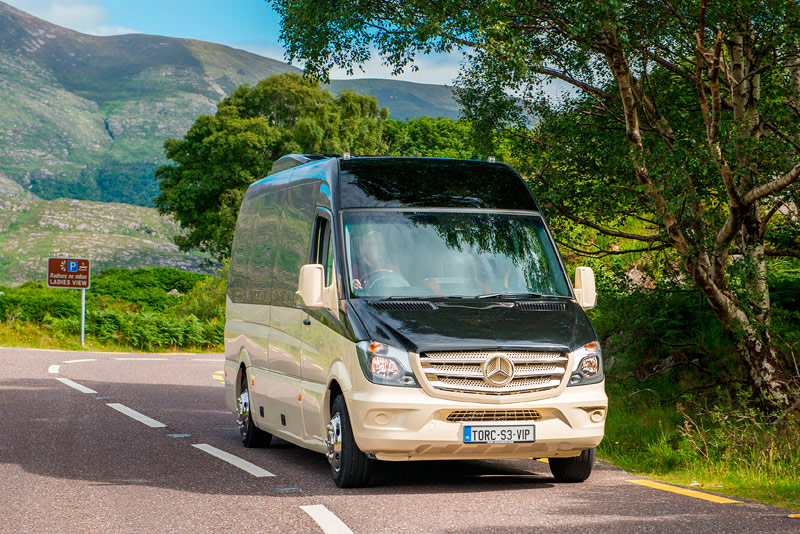 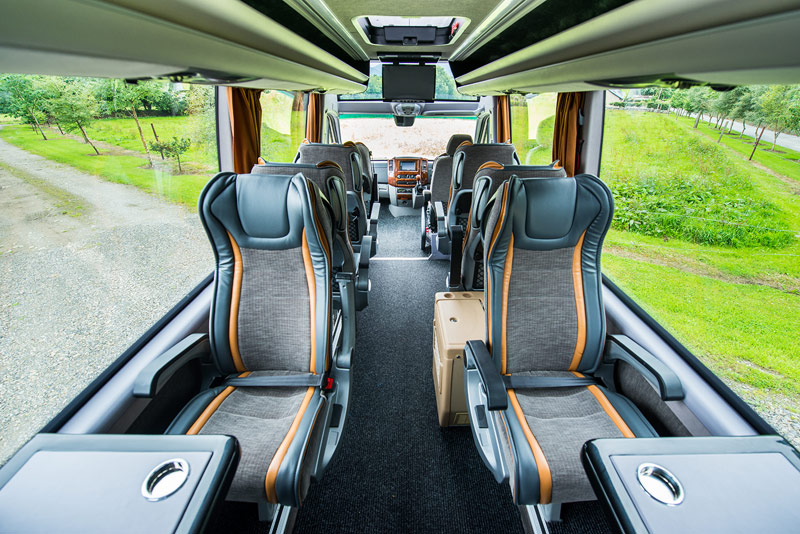 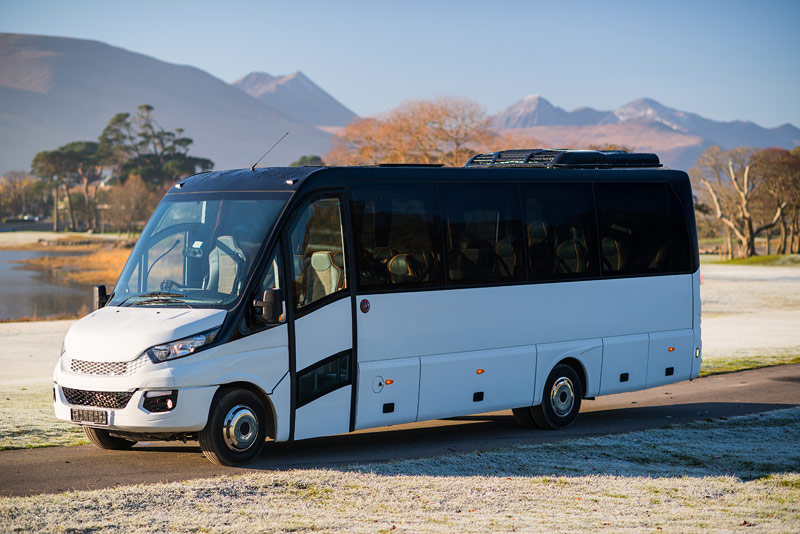 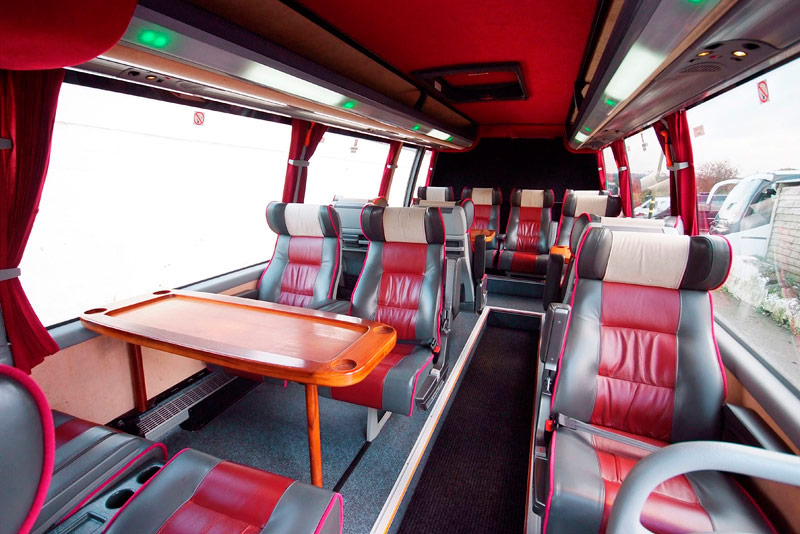 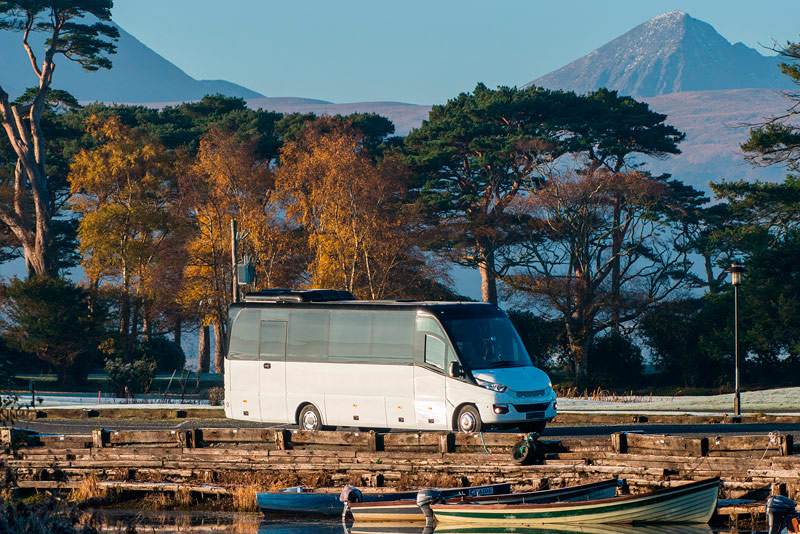 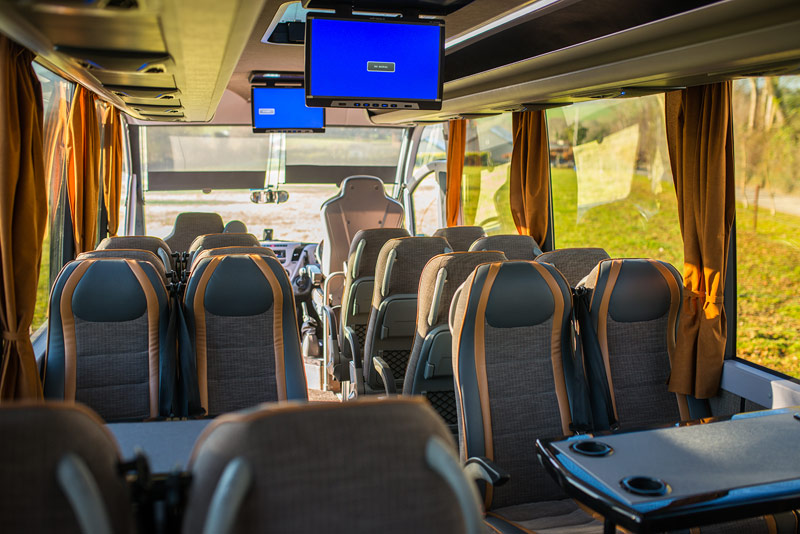 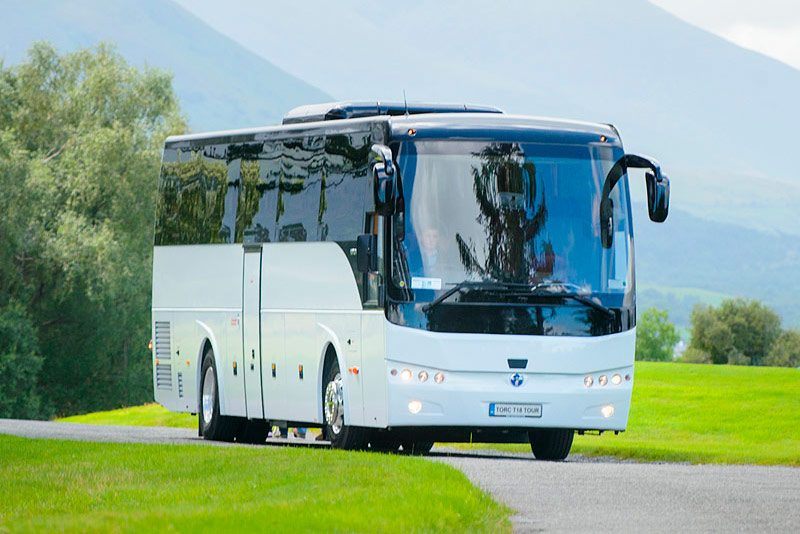 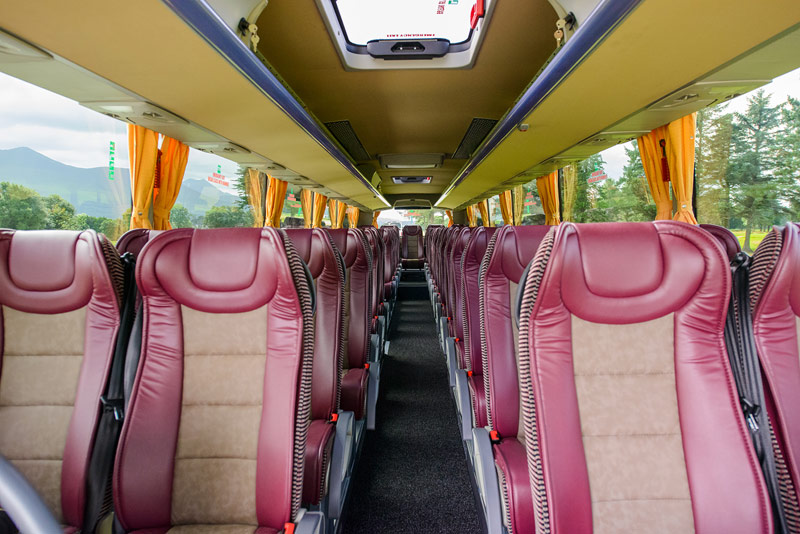 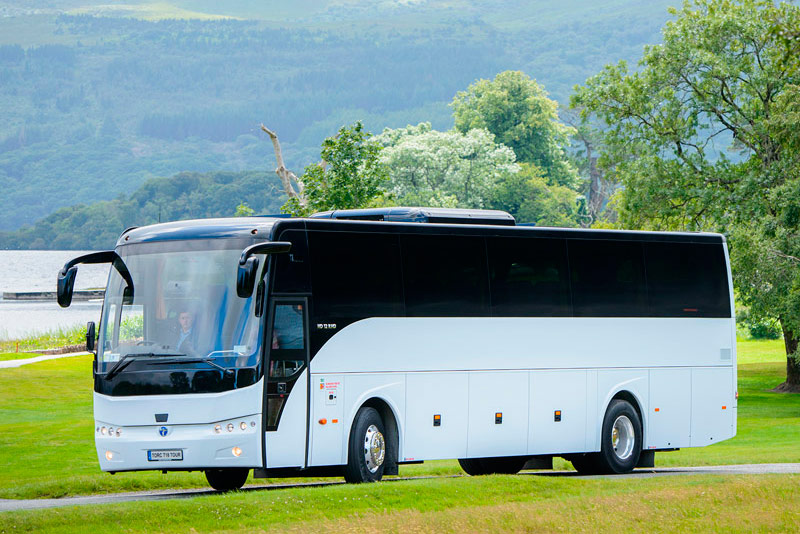 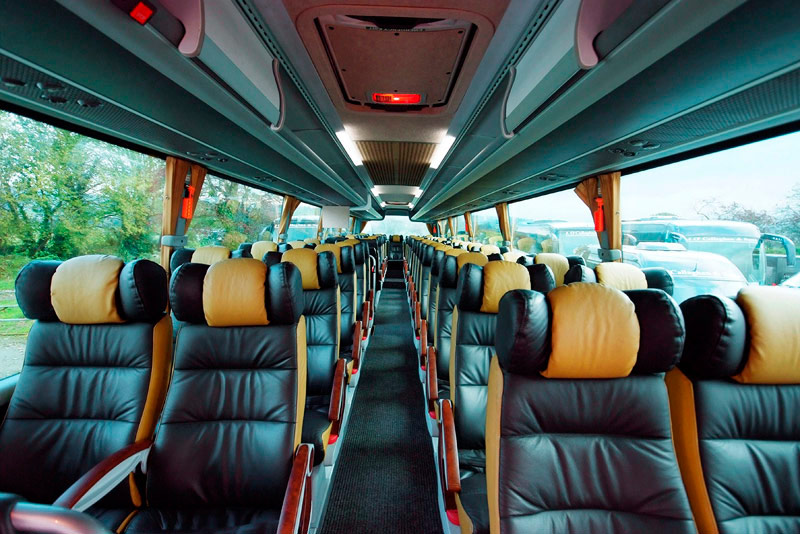 Enquire about this Tour… 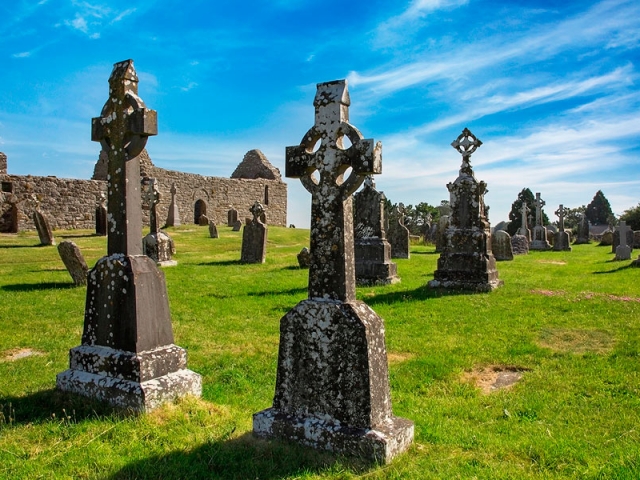 No Laying Up Tourist Sauce Itinerary 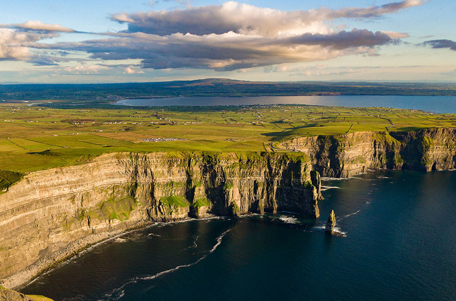 3 Days out of Dublin 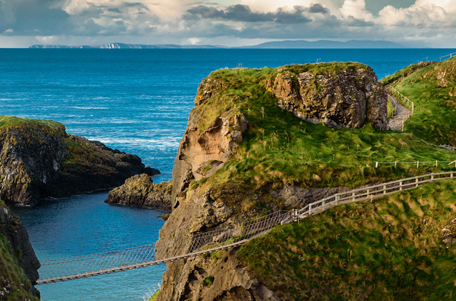 2 Days out of Dublin 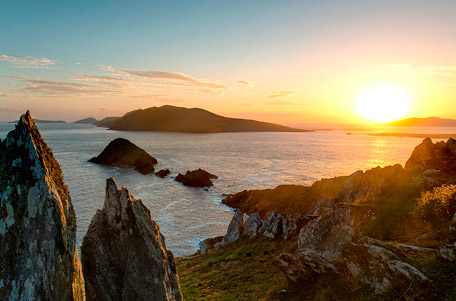 “Alice arranged a memorable trip for our family in July 2015. We went on a personalized hiking tour of the highest mountains in Ireland which included Carrauntoohil, Mangeton Mountain and the stunning Mount Brandon. We also did an artisan food tour, we went to Gaelic Football game (which was a great experience for my Soccer loving son). Our driver was so funny & clicked with our family perfectly which made the holiday even more special. I just really got the feeling that Alice clicked with our specifications from the get go & I will not book with anyone else for Ireland, she really
is the expert”