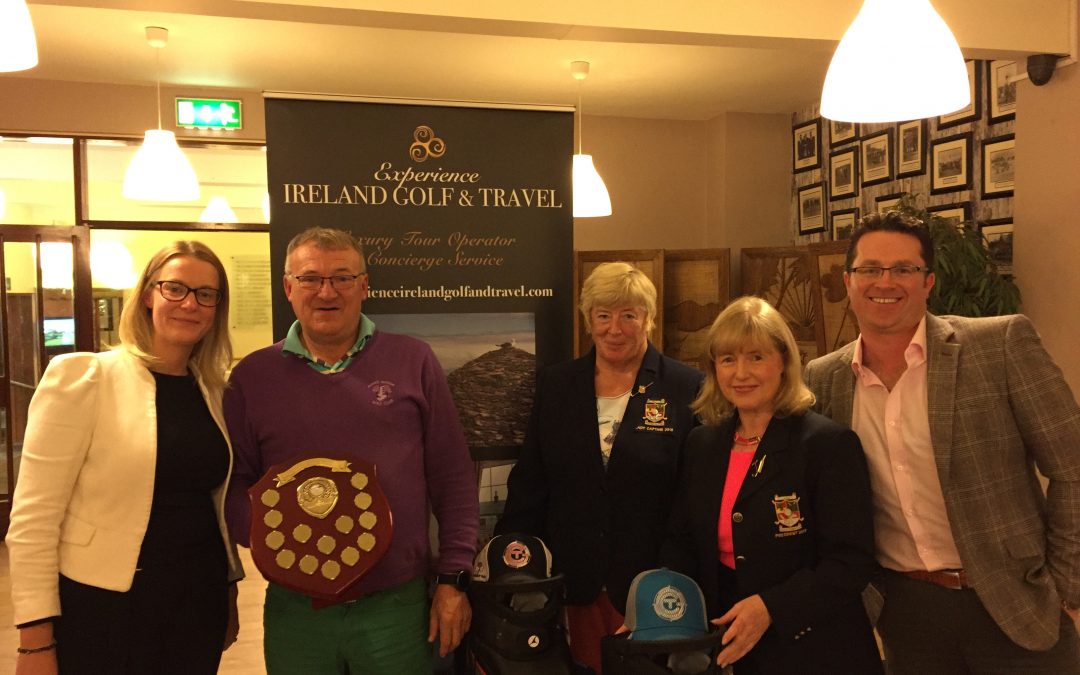 Nearly 80 golfers, from all over the Irish Tourism Industry and further afield, took part on the day, in glorious sunshine beside the beautiful lakes of Killarney. A 12pm Shotgun Start got all the golfers on the course at the same time and many of them made the most of the fantastic weather and great condition of the Killeen Course at Killarney Golf & Fishing Club in posting some superb scores on the day. 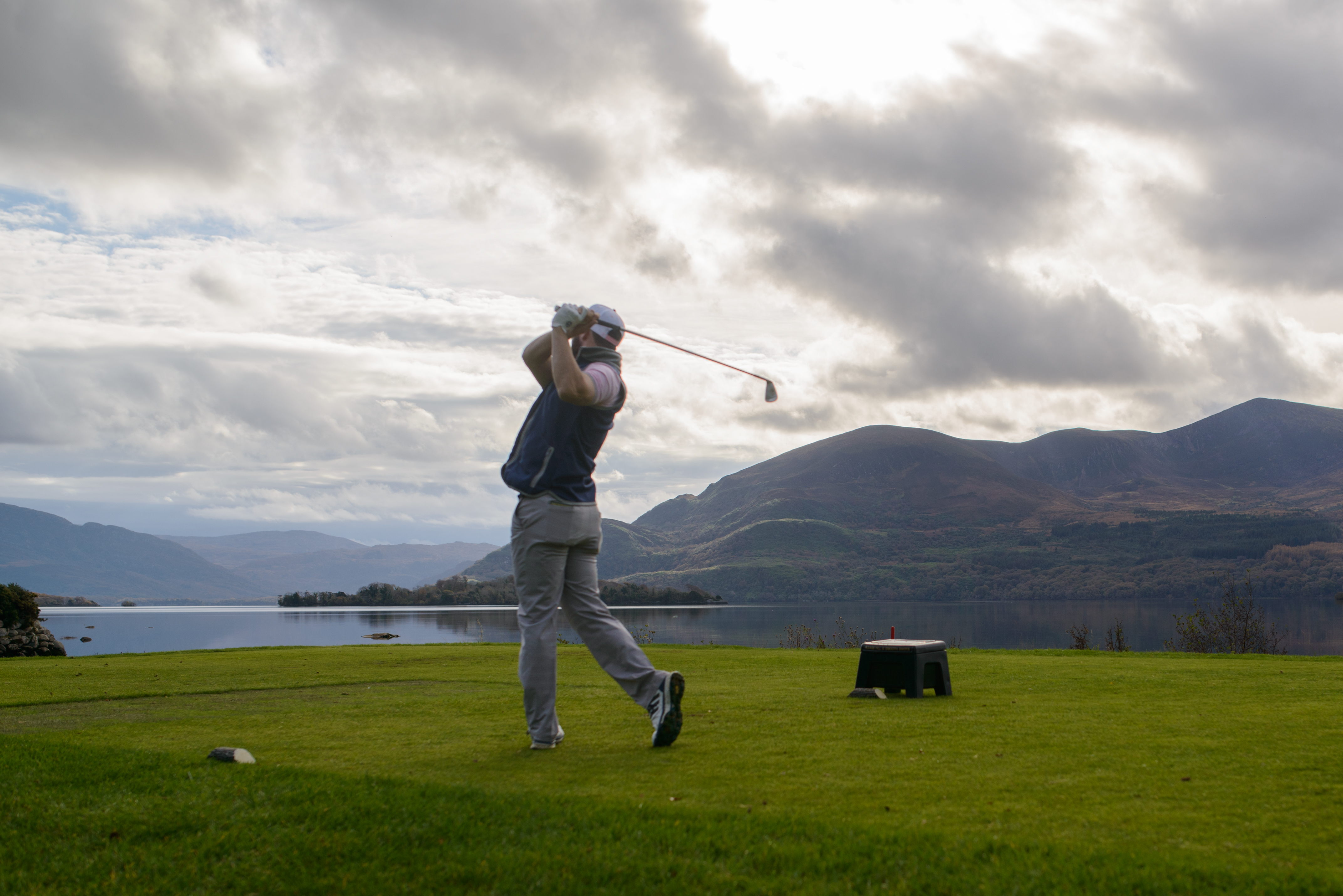 Following the golf, there was a Craft Beer Tasting with Carlow Brewing Company while Halewood Wines & Spirits were on hand to give the attendees some of the finest whiskeys & gins to sample. Dinner was provided by the new caterers at Killarney Golf & Fishing Club – Geraldine, David & Team – which went down a treat after a great day’s golf. The Inaugural Winners of The EIGT Invitational were representing Killeen House Hotel, in the form of Stephen Foley & Derek Kelly who shot 47 points on the day. They went away with a Motocaddy Golf Bag each plus The Invitational Shield and hats from The Caddy Guy Ireland – a fantastic haul!

The Carlow Brewing team came 2nd on 44 pts, on the countback from Mount Wolseley (Eamonn O’Donnell & Michael White) who finished 3rd on the same score. The 43s were next – Trump Doonbeg (Kevin Kenny & Michael) were 4th while the Killarney Golf & Fishing Club team consisting of Lady Captain Sheila Crowley and outgoing President Breda Duggan. Derek Kelly also picked up the Nearest the Pin prize while Jason O’Leary from Dromoland claimed the Longest Drive with one of the final tee shots of the day on Killeen’s 18th Hole. 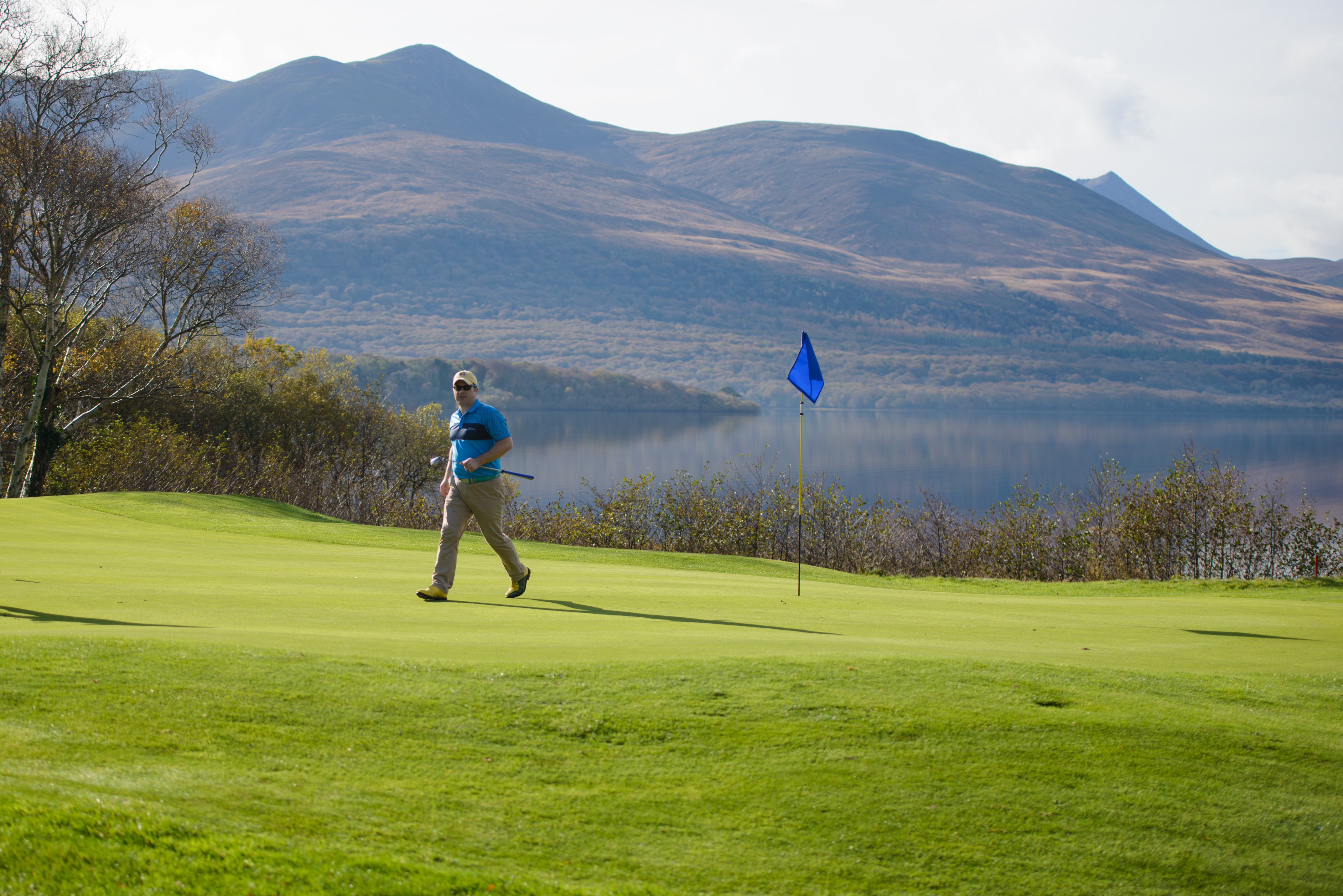 The feedback was fantastic from the golfers, both about the condition of the golf course and also the meal served afterwards. Of course, Experience Ireland Golf & Travel were also commended on somehow organising a summer’s day in November!!

Alice Thompson of EIGT told us “It was great to have such a tremendous turnout on the day, and the support was greatly appreciated, especially in the off season for a lot of people. We hope to make it an Annual Tournament in the future! Many thanks as well to Cormac Flannery, Aoife Nolan, Geraldine and David McCarthy and all the Team at Killarney Golf & Fishing Club for their support in putting the Event together. Big thanks also to our Invitational Tournament Partners – Motocaddy, The Brand Geeks, Carlow Brewing Company, Halewood Wines & Spirits, Elite Events, Krave, Mount Wolseley, The Caddy Guy Ireland – for adding that little extra to The Inaugural Experience Ireland Golf & Travel Invitational!! We hope to see you all again next year”.