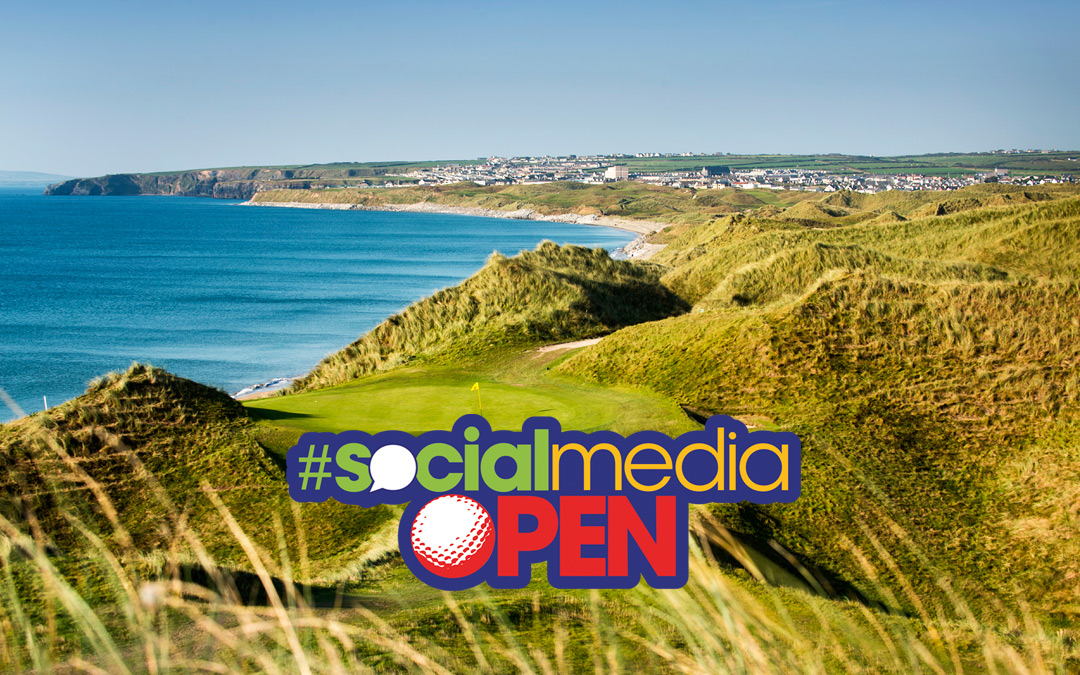 The Social Media Open returns again next April for its 6th Annual Tournament! The venues of 2016 & 2017 return once more as well – namely, The Old & Cashen Course at Ballybunion Golf Club, along with Dooks Golf Links and Tralee Golf Links to make up 4 fabulous tests of golf. The dates for the Event will be Tuesday 24th – Friday 27th April 2018.

Day 1 of The 2018 Social Media Open will involve a 2-course start at the Cashen Course & Old Course at Ballybunion Golf Club on Tuesday 24th April with half the field playing on the Cashen and the other half taking on the Old Course for the 1st Round. The Cashen Course, opened in 1982 and designed by renowned golf architect Robert Trent Jones Senior, requires acute precision especially off the tee as fairways frequently disappear around corners. The careless tee shots can easily run out of fairway and find their golf ball buried in the marram grass, hopefully there won’t be many of them next April! The BallyB website puts it well in that “if the Cashen Course at Ballybunion Golf Club was anywhere else it would attract far more attention and plaudits than it does. It’s hard on a girl if her older sister is Sophia Loren!” 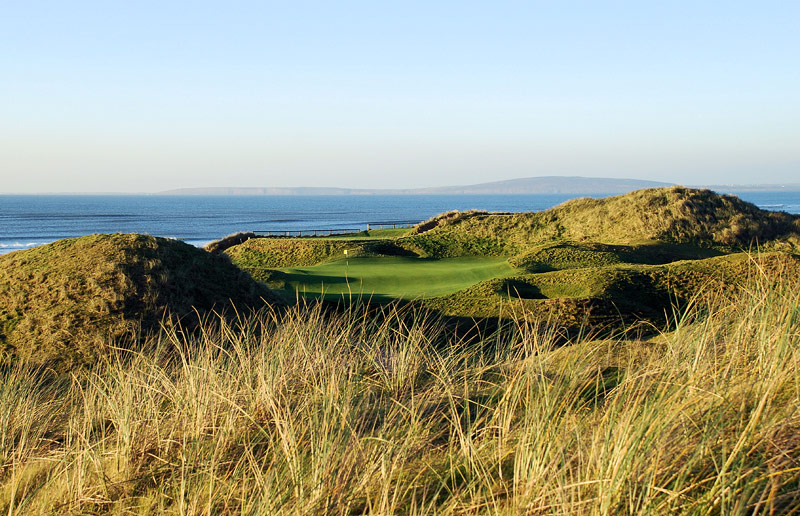 The 2nd Day of The 2018 Social Media Open will again involve a 2-course start taking in the World famous Old Course and Cashen Course at Ballybunion Golf Club on Wednesday 26th April. The famous English golf writer, Peter Dobereiner said of BallyB’s Old Course: “If sheer pleasure is the yardstick, then Ballybunion’s Old Course gets my vote as the No. 1 in the world”. According to Ivan Morris’ editorial on the Ballybunion GC website, “by the mid-1970s, there was a growing trickle of well-read, international visitors that overnight turned into a flood in 1982 when Tom Watson made his famous off the cuff eulogy after accepting the Claret Jug at Royal Troon: ‘Nobody can call himself a golfer until he has played at Ballybunion; you would think the game originated there!’ Ever since, the North Kerry links has been one of the most lucrative and recognizable brands in world golf. Knowledgeable golfers realize that if they haven’t played golf at Ballybunion their golfing education is gravely incomplete”. 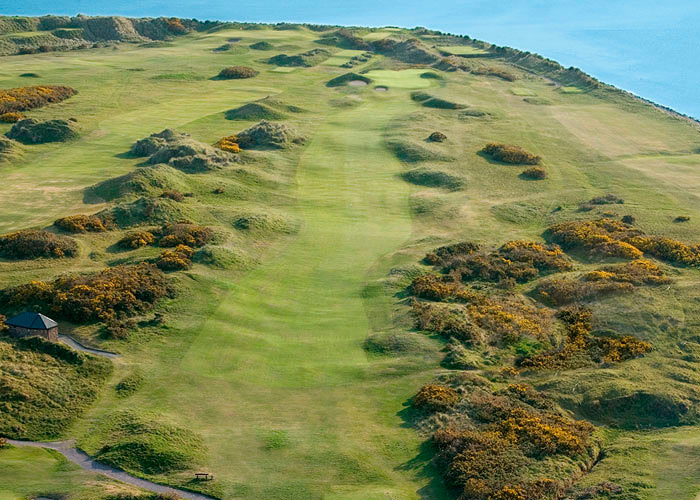 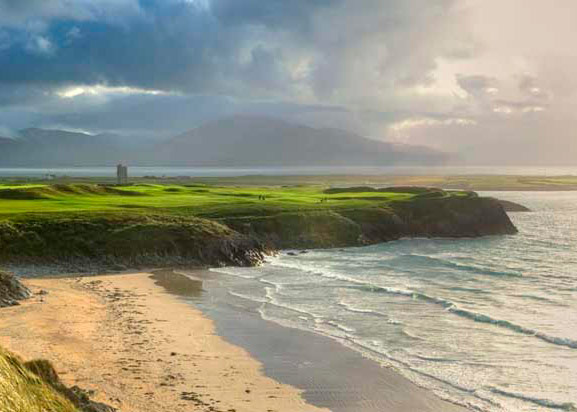 The 3rd Round of The 2018 Social Media Open takes us back to Dooks Golf Links in Glenbeigh. This beautifully located links course was a favourite of many a team last April and it promises to present a great golfing test once more along with the now famous Dooks welcome! Also known for its narrow links fairways and well contoured greens, you will get a real taste of traditional links golf at its very best. The west Kerry scenery and a scattering of gorse, heather and wild flowers will go down a treat as well. Dooks has been welcoming golfers since 1889 and the course has gone from strength to strength each year, we are very much looking forward to returning here on Thursday 26th April!

The Final Round of The 2018 Social Media Open will once again take place at the tremendous Tralee Golf Links on Friday 27th April! Course designer, Arnold Palmer, claims credit for the front 9 but has always maintained that “God designed the back 9”, unfortunately for all golf fans Mr Palmer has now passed on but we can luckily still enjoy his amazing work in County Kerry. Tralee Golf Links only opened in 1984 but has been getting rave review ever since, as PGA Tour player Kevin Stadler attests to…. “My favourite courses are Pebble Beach, Spyglass Hill and Tralee Golf Club”. Not bad company eh! Beautiful views of Kerry’s picturesque surrounds and beaches are the perfect backdrop and the sounds of the Atlantic Ocean make up an ideal soundtrack to bring the curtain down on what we promise will be another excellent week of craic, with a bit of golf in between!! 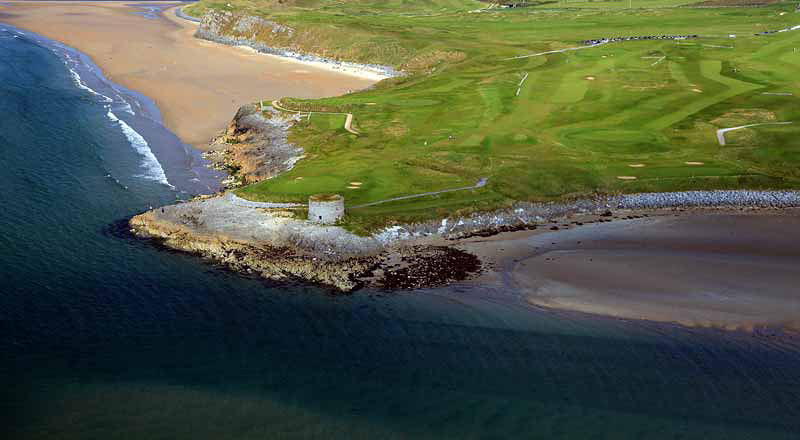 The format for the Event will continue as in previous years – Team of 2 with both scores on holes 9 & 18 and 1 score to count on the other holes each (3/4 Handicaps apply) – while the Tournament packages are as follows:

Other Packages available on Request – Contact Us for details.

Along with the great golf and awesome accommodation there will also be some “social gatherings” organised over the course of the few days, always something to look forward to post-round! We are looking forward to another great few days of golf & craic in the South West of Ireland and hope you can join us next April! If you have any queries regarding The 2018 Social Media Open please email smopen@tomkennedygolf.com or call +353-87-645 3537.